MISSION: TO RAISE THE STATUS OF ANIMALS IN ORDER TO IMPROVE WELFARE STANDARDS AROUND THE GLOBE

To achieve this, we encourage animal welfare organisations, community groups, youth and children’s clubs, businesses and individuals to organise events in celebration of World Animal Day. Involvement is growing at an astonishing rate and it`s now widely accepted and celebrated in a variety of different ways in many countries, with no regard to nationality, religion, faith or political ideology.

Events are organised under the World Animal Day Umbrella by being publicised on this website and advertised using the World Animal Day brand and logo. Global branding effectively ties all events together and, over the years we have found this approach to be particularly helpful to grassroots groups who struggle to attract media attention in order to raise awareness of their work and fundraise. This draws attention to animal issues and makes them front-page news – a vital catalyst for change. Each year the logo becomes more widely recognised as a global brand for animals.&nbsp; A brand that unites the animal welfare movement – firmly establishing itself as a platform for raising the status of animals.

Building the celebration of World Animal Day mobilises people for action now for a better future for animals.hroughout history, social movements (mass actions) like World Animal Day, have always been a major vehicle for ordinary people’s participation in politics, and key in fighting for social justice and reform. The lives of animals are profoundly affected by the actions of individuals, businesses, and nations.&nbsp; It’s therefore essential that, as sentient beings, their rightful status as recipients of social justice is established and translated into effective animal protection.&nbsp; World Animal Day embraces all animals and the unique concerns of each, in every country, and makes animals front-page news. Through increased awareness and education, we can help develop a compassionate culture which feeds into legal reform and social progress to make this world a fairer place for all living creatures.&nbsp; A world where animals are recognised as sentient beings and full regard is always paid to their welfare. World Animal Day has already brought about a significant and lasting contribution towards advancing animal welfare standards, and its influence will only continue to grow. We regularly receive heart-warming messages from people keen to tell us about what being involved with World Animal Day has helped them achieve and we’d like to share a few of these phenomenal victories with you now.

Amina Abaza, who heads the Society for the Protection of Animal Rights in Egypt (SPARE), has used World Animal Day to successfully lobby for the addition of a clause about animal welfare in the new Egyptian Constitution and, more recently, submitted a Model Animal Welfare Act to the Egyptian Parliament.

Another ground-breaking event achieved by SPARE was held at Cairo University’s Faculty of Veterinary Medicine where animals are used in education. Attended by professors, students, the Dean and Vice Dean of the Faculty, and other dignitaries, speeches were made by the President of the Egyptian Veterinary Association and representatives of several, highly-respected animal welfare NGOs to increase awareness about alternatives to the use of animals in education and a film was shown about animal suffering throughout the world.

Both Animals Lebanon and AnimaNaturalis Colombia have achieved a Municipal Resolution that requires the Secretariats of the Environment and Civic Culture to commemorate World Animal Day each year, which is helping tremendously to raise awareness among citizens about the ethical treatment of animals.

The Sudanese Animal Care &amp; Environmental Organisation’s greatest achievement is the introduction of animal protection legislation by the Sudanese parliament. Much of the work to achieve this magnificent goal is attributed to increased awareness of animal welfare issues brought about by World Animal Day.</div><div>In many countries, World Animal Day is now being celebrated by various government departments.&nbsp; For example, the Himalayan Animal Rescue Trust (HART) is delighted that Nepal`s Department of Livestock Services gets involved each year. Khageshwaar Sharma, our Ambassador in Nepal says: World Animal Day events encourage people to work together to sensitise communities, making them aware of the needs of animals they live among, and also of how they can improve their lives. Creating an outlook that respects all animals is a slow process and World Animal Day acts as an annual marker to measure progress.”

There are other days linked to animals such as: World Day for Laboratory Animals on 24 April and World Wildlife Day on 3 March, and these are important too. However, World Animal Day is the one day of the year that embraces all animals and the unique concerns of each, in every country. It’s a special opportunity to commemorate our love and respect for animals by doing something special to highlight their importance in the world.&nbsp; It unites the animal welfare movement, mobilising it into a global force for change. Participation in celebrating World Animal Day grows each year, with a huge variety of inspiring events being held in an increasing number of countries. In 2003, we recorded 44 events being held in 13 countries and this has now grown to an estimated 1000 events in around 100 countries. YOU can help enhance the visibility of World Animal Day. Types of events held: awareness & educational events; shelter open days &amp; pet adoption events; Increased awareness, combined with better education for both adults and children, is slowly swaying the attitudes of people towards treating animals in a humane and compassionate way.&nbsp; conferences &; workshops; animal blessing services; fundraising events such as concerts and sponsored walks through to gala balls; school events to educate the younger generation such as animal-related competitions, concerts &; film shows; workshops to educate the owners of working animals; neuter marathons and veterinary treatment camps; rabies prevention awareness and vaccination; radio & TV interviews to raise awareness of animal issues &amp; World Animal Day and its mission peaceful protest marches to either raise awareness of a specific animal welfare issue or to encourage governments to introduce animal protection legislation. Origin of World Animal Day After many months of research which involved going through 300 magazines 1924-1936 at the Berlin library and copying every article related to World Animal Day, research at the Holocaust museum in Washington DC, transporting heavy volumes of books across continents, writing to numerous organizations and individuals and reading through hundreds of articles in German and Italian, we have a pretty clear picture about the origin of World Animal Day and the reliable information sources to support it. Website partner World Animal Day is extremely grateful to eBEYONDS who designed and developed this website, and continues to give pro bono website support. BEYONDS is a cutting edge digital marketing solutions company that serves the requirements of a prestigious international clientele. Find our more about BEYONDS.Branding partner We would also like to express our appreciation to Delia Bonfilio who designed the World Animal Day, logo translations, and continues to provide valuable support.Bonfilio – Design With Purpose, is a multi-disciplinary micro agency led by graphic artist and animal advocate, Delia Bonfilio.If you care about animals, don’t miss this special opportunity to help make animal welfare issues front page news around the globe – a vital catalyst for change! “https://www.worldanimalday.org.uk/about_us” Get involved and be part of something special 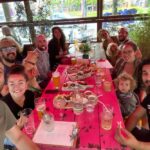 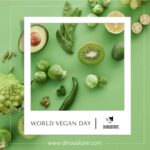 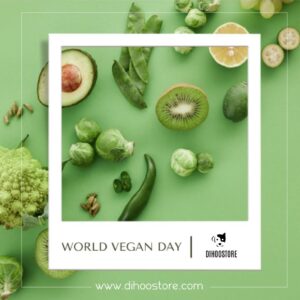 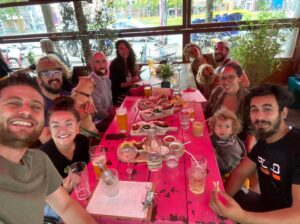